As many young kids, we all played pond hockey and road hockey. I started playing hockey on a beaver pond 400 yards from our house. We did not have real hockey sticks. They were made with a hockey stick handle and a board nailed to it. Our hockey pucks we cut out of a birch log with a swede saw. I started playing goalie at a young age. My goalie equipment was a pair of hockey shin pads and a baseball glove. My shin pads made poor goalie pads, so I decided to take a pair of my dad’s old pants (he was a big man) and stuff them with old rags in the legs and waist part. When we started school, we played at Finland school rink every chance we got. After school we would walk 2.5 miles to the school rink to play hockey with my school friends. In the dead of winter, the Finland crossroad would be snow packed so hard that we could skate home for 2 miles. I still have fond memories of the frigid nights skating home under the moon lit sky. I would come home with a goose egg on my forehead and my mother would say “I see you were playing goalie again”. I said “Mom, if I ducked the puck would go in the net”.

When I was 10 years old in Grade 5, the senior room asked if I would play goalie for them against the Burriss School team. Of course, I said I would love to play in my first competition game of hockey. We won against Burriss 5-0. I got a shut out on my first game. After the game, some of the senior players George Wish, Barry Alexander, Tinker Hesleth and George Galenger picked me up into the air and skated around the rink. I felt like I had won the Stanley Cup. It felt so good I thought I would keep playing goalie. I continued to play as goalie throughout public school. When I got to high school, I tried out for the Fort Frances Muskies team. I did not make the team, maybe because I was a Finn (haha). After high school, I played Saturday league hockey in Emo for a Nestor Falls team for quite a few years. Then I played for a Sabaskong native team for 7 years and then after that I played for a team in Emo on Saturday nights.

In 2008, I moved to Penticton, BC for the winter months. It was just a few months later I started playing goalie for a number of different teams in Penticton and Oliver. They were always short of goalies, so I got to play 3-4 games per week. I am not there all of the time, so I am on call list for different teams. I call myself the “desperation goal tender”. When they are desperate, they call me. One of the teams I play for is the 65+ group and there are a number of players over 80 years old. I have a friend, Herbie, just started playing goalie part time at 80 years old. These are the people that give me the inspiration to play for another 10 years.

Whatever you enjoy doing, keep doing it and stay active. Maybe that is the secret to longevity and good health. 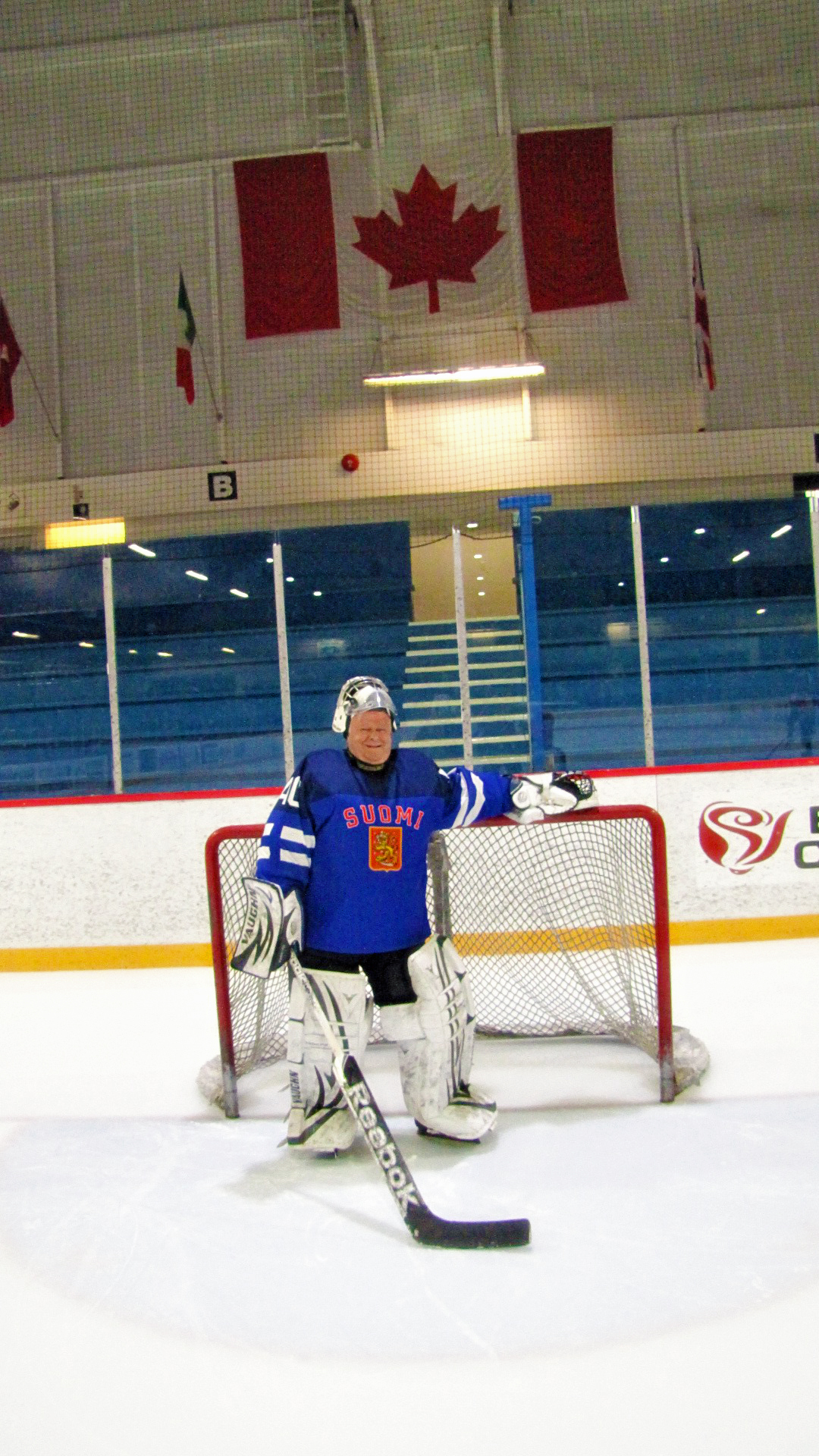